He withdrew the knife from its short-lived nesting place beneath his pillow and crept to the door silently. She had changed her clothes, seasoned her body with a pungent herbal perfume, and donned a stunning henna-colored wig with a long French braid, but Marta, the barmaid, would have registered through any disguise. He stepped round from his defensive position on the backside of the door and resheathed his knife, which she observed passively on entering.

"Not so soon," he replied, scanning the hallway as he let her in. "You didn’t happen to come in a black Mercedes, did you?"

"No," she said. She stepped to the French window and pulled back the drape slightly. "I’m only a waitress. But there is a man down there, in the back, whose fringe benefits are better than mine." She let the drape go and turned to him. "Will you offer me a drink?"

"Have you seen him before?" asked Raszer, locking the deadbolt and crossing to the desk, where the Armagnac bottle stood. "The man downstairs?"

"Only in my .... how do you call them? Night-meers?" Raszer poured her a drink and handed it over the desk.

"Lucky for us, the porter brought an extra glass," he said. "Do you tend bar here, as well." She took the liquor down, Russian style, in a single gulp.

Raszer squinted hard and gave her a glancing once-over. The lace-up boots came almost to the knee, leaving a good ten inches of sturdy but nicely shaped thigh before the hem of her cordovan leather skirt. She wore a matching brown vest, bound across her breast with thongs. There was something about the whole ensemble that suggested a fifth century warrior queen ready to receive the general in her tent. Of course, he thought. A girl like this would be known to any European concierge worth his tips.

"And you’re also known," he said, "to Monsieur Fourche."

She set down the snifter and walked to within an inch of his chest.

"Do you trust women, Mr. Branch?" she asked to his face.

"I let you into my room at two in the morning," Raszer answered.

"I asked if you trust them, not if you desire them." Raszer smiled.

"Let’s see," he said. "I trusted my fourth grade teacher, Miss Buzzo. I trusted my mother, when she was sober. I trusted my wife. Big mistake... " She tossed the French braid over her shoulder and laughed as lustily as she had in the bar.

"They can be cruel if you deny them what they really want, Mr. Branch. But if they are on your side, they offer protection that no man should be without." Marta scooped up her glass and held it out for a refill. Raszer obliged, wary, but undeniably intrigued by the presence in his life, at this particular moment, of such a sybil.

"Your English is head of the class," he observed. "Why do you put on the act for Monsieur Fourche?" She sat on the foot of his bed and drew her right knee langorously up to her chin, revealing, an inch at a time, the tender underside of her thigh.

"Knowledge is a little like a knife," she answered. "Sometimes, I think, it is better to keep it hidden until you need it. No?"

Raszer replenished his own drink and swung the plain, wooden desk chair around to face her. Then he sat down and leaned in, his lips close enough to her bare knee to caress it, his nostrils near enough to smell her essence through the perfume. He knew he was being seduced, and had not yet decided what to do about it. Soon enough, things would decide for themselves.

"You said you had something to share with me, Marta," he whispered. "About my business partner. Mr. Fourche."

"A prostitute. Yes," she cut him off, as if to spare him the awkward inquiry. "I introduced her to him. He has special needs." Raszer shook his head.

"I was only going to ask," he said, "if she was all right." He dropped his head for a moment and contemplated the Byzantine design on the faded carpet. "So that’s why you’ve got him on the defensive," he conjectured, half to himself, then raised his eyes and looked at her deeply for the first time. "Strange, isn’t it? How even a man who can keep state secrets can be compromised by an itch. How badly did he hurt her?"

"She is OK. It is not the first time she has seen this kind of thing... but he frightened her. His eyes. She was sure that he could just as easily kill her as slap her." She swallowed the rest of her armagnac and her body registered its quality with a shudder. "Now she can’t sleep. She says that the Devil is in Praha." She lowered her knee and bent over to set the glass on the carpet. Raszer studied the rawhide laces which criss-crossed over her bodice, and felt himself getting a little dizzy. As she straightened, she placed a hand on his knee and regarded him through the unkempt bangs of her Queen Boedica wig. "So, I have given her my bed and my Doberman for the night, and I -"

"And you," he said, "have no place to sleep." She stood, brushed his cheek, and moved back to the window, running her hands over the back of her skirt to smooth the leather. A winning move. Raszer knew it was all over but the ref’s call.

"You need protection tonight," she said, her back to him, and touched the drape lightly as if to drive home the message. "And I can give it to you." The muscles in her calve were as taut and strong as the shank of a longbow.

"I don’t doubt you can," he said. "But protection always comes at a price."

"And wisdom -" She turned her head, and her green eyes flashed.

"Then I offer you a bargain," she said, wrapping the curtain around her lower half. "Two hundred American dollars, and I’ll spend the night with you." Raszer gave a short laugh and got up to light a cigarette.

"You thought what?" she said. "That the poor Czech girl would throw herself at the rich Canadian 'businessman' for a chance to get out of town?" She released the curtain and waggled her finger at him. "No. I am not looking for a husband, Mr. Noel Branch. And I am not a whore. But what I have to give has value." She aimed her finger at the half-empty bottle of Bas Armagnac. "You pay a good price for that cognac, yes? Would you not pay as much-" She came forward, head cocked, hands on her hips. "-for something like me?"

"It’s not a moral judgement, Marta," Raszer replied, blowing the smoke into the strobing blades of the ceiling fan, "but I’ve found that when you pay for sex, that’s all you get. Now, information... that survives the morning after."

"Then let’s call it information," she said, popping the first of her vest laces out of its hook. "Or if you wish, a contribution to my tuition at the University. I do not intend to be a waitress forever." Raszer set the burning cigarette in the ashtray, put a hand around the small of her back, and with the other, undid the next two laces. 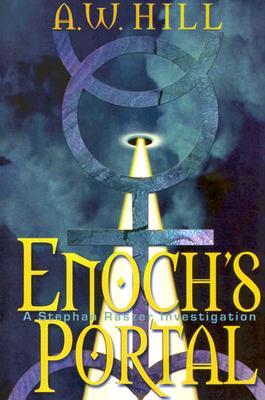