the way to na koja abad
Go There

At Club Tantra, Raszer was greeted by a pretty but instantly forgettable blond in a silk blouse who took his $20 cover and aimed him toward the strobe-lit dance floor. The restaurant’s tables had cleared, but for a few stragglers lingering over their vindaloo, and the action—such as it was—revolved around the lanky DJ with a lantern jaw and hands as large and agile as any Raszer had seen. His long, dusty brown hair was chopped bluntly in a style that was defiantly retro and cool at the same time; the gray in the sideburns and the deep creases in his leathery face spoke of long years of late nights, but his blue eyes twinkled.

Despite the Middle Eastern moniker, DJ Hakim was, as his accent had suggested, as British as the queen. Raszer liked him immediately, and liked him even more when he spun a dance mix of Kula Shaker’s pop-raga “Govinda” and mashed it with a trippy M83 track. He took a small table at the dance floor’s edge and ordered a Bombay gin and tonic.

The restaurant smelled of garam masala and mint, but not much of dancers’ sweat. There were perhaps thirty-five bodies in the room—mostly small, mixed parties of people in their late twenties—and only five were currently on the dance floor. The odd number owed to the fact that one of the dancers was working solo.

She wore purple sandals with three-inch heels, and looked to be twenty-five and ageless at the same time. Her waist-length black hair reflected blue highlights, and if she wasn’t either Tunisian or Egyptian, the movement of her hips in perfect measure with the strobe’s pulsed flashes suggested she’d picked up her tricks in the rai clubs of North Africa or at private recitals for a Berber warlord. She was going to be a distraction—women who danced well always were. Raszer half hoped she was the DJ’s woman, and there did seem to be something between them, because every so often, the sullen arc of her mouth yielded him up a smile.

After finishing half his drink, Raszer took out his own business card, along with MC Hakim’s, and cut across an empty quadrant of the dance floor to the DJ stand. There were a few more dancers out now, as Hakim was into a propulsive trance mix and another batch of drinks had made the rounds. The exotic woman’s eyes were on Raszer all the way, like breath on his neck. It wasn’t an entirely pleasant feeling, but it wasn’t unpleasant, either. He laid the cards side by side on the stand, gave Hakim a nod and a little smile, and improvised some sign language for talk.

When break came, the DJ put on a CD of ambient jazz with a Coltrane-ish soprano sax blowing Middle Eastern riffs, strolled over to the black-haired woman’s table to exchange what looked like small talk, and then crossed the dance floor to Raszer. His walk was easy and unhurried. He ordered a ginger ale from the waitress, calling her “luv,” and then offered his hand.

“Stephan Raszer. The same. Still good for that quick chat?”

“Why not, mate? All I’d do otherwise is smoke and flirt with the barmaid.”

Raszer gestured to a chair, and the DJ folded himself into it.

“Just out of curiosity,” said Raszer. “How’d you come by Hakim?”

“It came with the gig,” he answered. “My first big date, back in ’84, the promoter told me he couldn’t put me on the bill without a handle. I was carrying around a book back then by this guy Hakim Bey, so I lifted his name and it stuck.”

“Right,” said Wolfe. “Big influence on the early rave scene. When it was tribal. When it was good. The whole TAZ thing.”

“Temporary Autonomous Zone,” said Wolfe. “A moveable utopia. That’s what we were after in the Orbital days.” He chuckled. “The halcyon days.”

“I remember,” said Raszer. “We didn’t get it over here the way you did in the U.K., and the Ecstasy was probably never as good, but I did my share—”

Wolfe made a movie frame with his thumbs and fingers. “Cut to twenty years later, and now you’re a . . . ” He held Raszer’s business card at arm’s length. “ . . . ‘Specialist in Missing Persons.’” He dropped the arm languidly to his side. “Who’s missing?”

“Katy Endicott,” Raszer said, and took from his jacket the photo duplicate Aquino had printed for him. He unfolded it on the small table. “Since the night of that illegal rave up in San Gabriel Canyon a little over a year ago. I believe you MC’d it.”


Harry Wolfe kept his poker face and stole a glance at the photo—the group shot. “All raves were illegal, mate. The good’uns, anyway. But I wouldn’t call what happened up there a rave. The truth is, the vibes from that scene were so bad, I haven’t taken an outback gig since. I stick to small clubs in the city these days.”

His ginger ale arrived, and he sipped it quietly, taking Raszer in.

“Did the cops ever question you about that night?” Raszer asked, then laid his finger on the photo. “Or about whether you’d seen her leave the dance hall?”

“The cops, hardly,” Wolfe replied. “But the fucking FBI was all over me. Some wanker with the face of a Pekinese and all kinds of wild theories about sleeper cells and suicide bombers.” He jabbed his finger at the photos of Johnny and Henry. “One thing those fuckers were not is ‘sleepers.’ They did everything loud, as far as I could tell from what little contact I had with ’em. That’s probably what got them killed.”

“They did have guns,” said Raszer. “Apparently, lots of them.”

Wolfe laughed out loud. “So does everyone in this bloody country,” he said.

“Did Johnny Horn . . . personally hire you for the party?”

“The sleazeball promoters hired me,” Wolfe said. “But I had to deal with Johnny about the details . . . the music. He wanted all this agro shit. And Henry, his strange little friend with the cock-a-doodle-doo hairdo, wanted these incantations. Rage and magic, man—a bad mix. I knew something was going to go down. I should’ve taken a pass.”

As compelling as the DJ’s narrative was, Raszer found his attention ineluctably drawn to the dark woman sitting on the opposite side of the dance floor. She’d been eyeing him with a combination of innocent animal curiosity and predatory aim from the moment Harry Wolfe had joined him. Raszer shook it off and tried to refocus, but the DJ was drinking ginger ale, not gin, and the exchange did not get past him. He took a look over his shoulder, then offered his assessment.

“I think somebody wants to be on your dance card, Mr. Raszer.”

“I figured she was your private dancer, Harry.”

“She’s nobody’s but her own,” said Wolfe. “We had a thing, but quite frankly, she needed a brother more than a boyfriend.” He laughed wryly. “Now I just take care of her. Pay the rent on her flat.” He rolled his eyes to the ceiling. ”Upstairs.”

“She is the perfumed garden, mate,” said Wolfe, and smiled over the rim of his glass. “Layla Faj-Ta’wil. Somebody should write a song about her.”

“Is she Egyptian?” Raszer asked. “Israeli?”

“Syrian,” said Wolfe. “Crossed with Persian. Meow.” He leaned in conspiratorially. The slur in his speech would have been easier to buy if he’d been holding a real drink. “You want to know about Johnny Horn, talk to Layla.”

Raszer went along with the entre nous routine and propped an elbow on the table. “How’s that?” he asked.

“She was Johnny’s squeeze for a bit. I don’t think the arrangement was made in heaven. It was more she was on loan to him.”

“On loan from who?” Raszer asked, and hailed the waitress for what he’d already decided would be his last drink.

“On that subject,” said Wolfe, pushing back his chair, “you’ll have to query her. All I can tell you is that night—after the bodies were found and the whole thing went to hell—she came home with me and didn’t let go of me for a week. I don’t think she wanted to go back to her keepers.”

“Were they also Johnny’s killers?”

Wolfe shrugged and stood up from the table. “There’s only so much you can get from a woman of her culture,” he said. “Whether she wears a burka or a slit skirt. They have their own version of taqiyya, if you know what that means.”

“Concealment,” said Raszer. “Although it’s usually to keep the enemies of the faith from knowing what you’re up to. Do you trust her?”

“Beauty of that sort can’t be trusted. But we connect.”

“Well, there you go,” said Wolfe, and offered his hand. “And here I go. Back to the platters. It’s a pleasure, Mr. Raszer.”

Raszer gripped MC Hakim’s oversize hand. “Same here. You’ve got my card. Call me anytime you feel like talking . . . and don’t be surprised if I call you.”

“I hope you find your missing girl, Mr. Raszer. I wish I could tell you I knew what happened that night, but I don’t.” He finished his ginger ale and set the glass down on the table. “But do give Layla a spin, won’t you? I’ll play something dreamy. She’s a lonely girl . . . and the way she smells alone is worth the price of a dance.”

Raszer smiled noncommittally and sat back down.

Harry Wolfe began to walk away and then turned. “Funny thing I just remembered,” he said. “Back in the day, when everybody was luv’d up on X and we thought we were making a revolution in our heads, the pirate-radio DJs in the U.K. used to call the raves a ‘collective disappearance.’ As if we’d all go to the chosen potter’s field and dance our bodies away until there was nothing but spirit, and then . . . whoosh! We’d all find ourselves someplace far better. Maybe that’s where your Katy is.”

“I doubt it,” said Raszer. “But it’s a nice thought—unless you mean dead.” 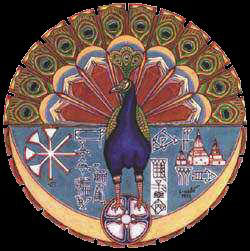